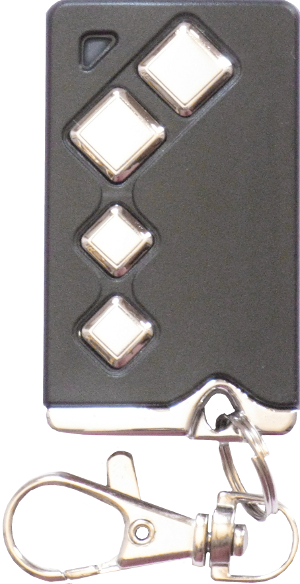 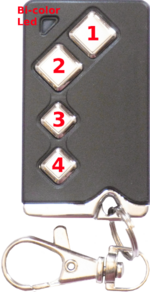 This device is able to duplicate several types of remote control for gates, garage doors, barriers, which transmit in the frequency 433.92 MHz with OOK/ASK modulation. Each button is independent, so it's possible to clone up to 4 different remote controls, even if made by different manufacturers.

Initialization of a random 32 bit code

Follow the instructions below to set a new random code on one or more buttons:

This feature is useful mainly for two reasons:

If, during transmission or duplication, both LEDs blink (red and green), the battery voltage is low: in this case the battery should be flat, or the temperature too low. In the first case, the enclosure should be opened loosening the 2 screws, picking up the board and replacing the existing battery with a new 27A alkaline battery (12V 20mAh). 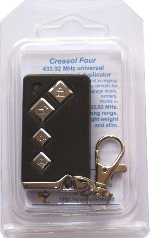 The remote control duplicators is sold in blister, with printed instructions in many languages. It's supplied 100% tested and working, with the battery inside, and both snap hook and key ring.

Instructions can be customize with the preferred languages, brand and model name, logos, even for small quantities.