but to get advantage of such technologies, it must be EASY!

Domoticz is a free open source software that works as a home automation system controller, and it's quite easy to be implemented by people with a minimum programming skill.

Although it best matches a linux platform (e.g. Raspberry PI single board controller, with less than 10W power consumption, equipped with Raspbian Linux OS), it works also on Windows and MacOSX.

What can you do with Domoticz

and many other devices and protocols.

Check the article that shows in brief how to design a domotic system using DomBus modules !!

Althought Domoticz works in many platforms, including Windows and Mac, a good solution is Raspberry, a single-board computer hardware with quad-core ARM MCU that is stable, cheap and normally consumes less than 3W.

Normally Raspberry is equipped with a Raspbian operating system (Debian GNU/Linux for Raspberry), and as any Linux operating system supports many services like web, dhcp, dns, ftp, Samba, mail, ... safely and reliably.

Floorplans (thanks to Paolo Patt. for the video) 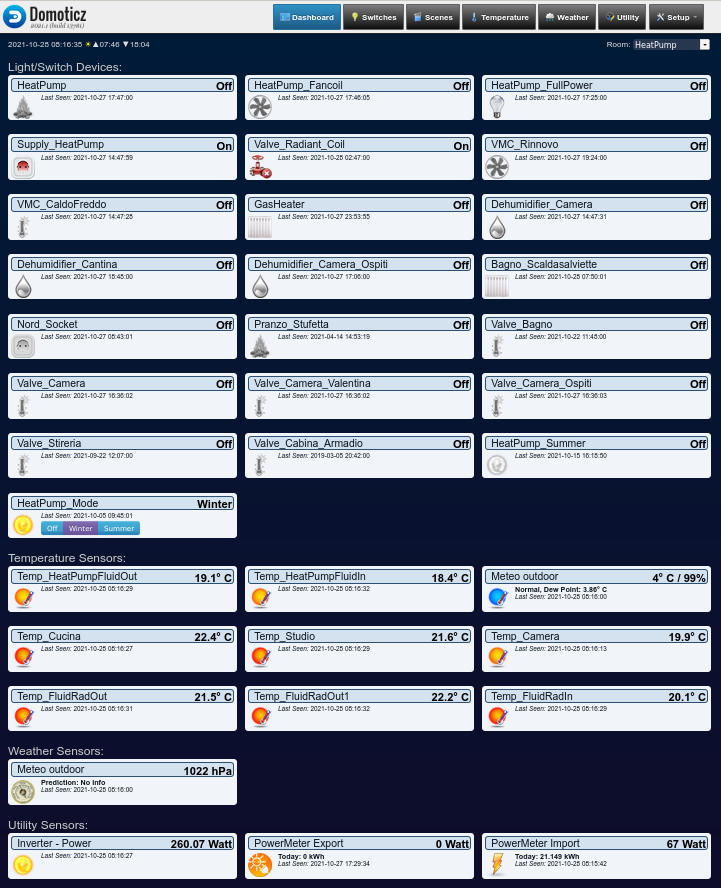